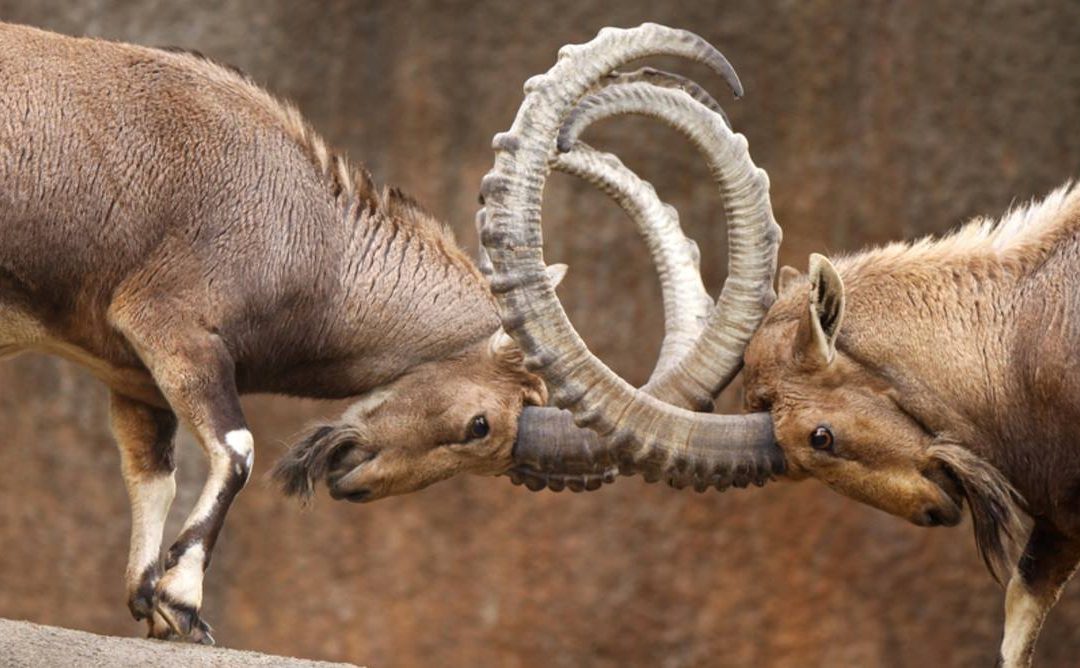 to begin to argue or fight

The band have now locked horns with their record company over the album.

They’ve locked horns (with each other) over this issue a number of times.

The mayor and her deputy locked horns over plans for the new road.

The company has locked horns with the unions over proposed pay cuts.

Two of Rugby League’s top teams will lock horns with each other tomorrow.

Would such opposites attract, learn from each other, and astonish us, or would these two conflicting musical spirits lock horns and fight it out?

Fearful to confront, because of our own fears, perchance we find ourselves looking into a mirror and are terrified to lock horns with our own conflicting thoughts.

Across Ohio, Pennsylvania and Florida, lawyers have already locked horns paving the way for lengthy court fights if the election is close.